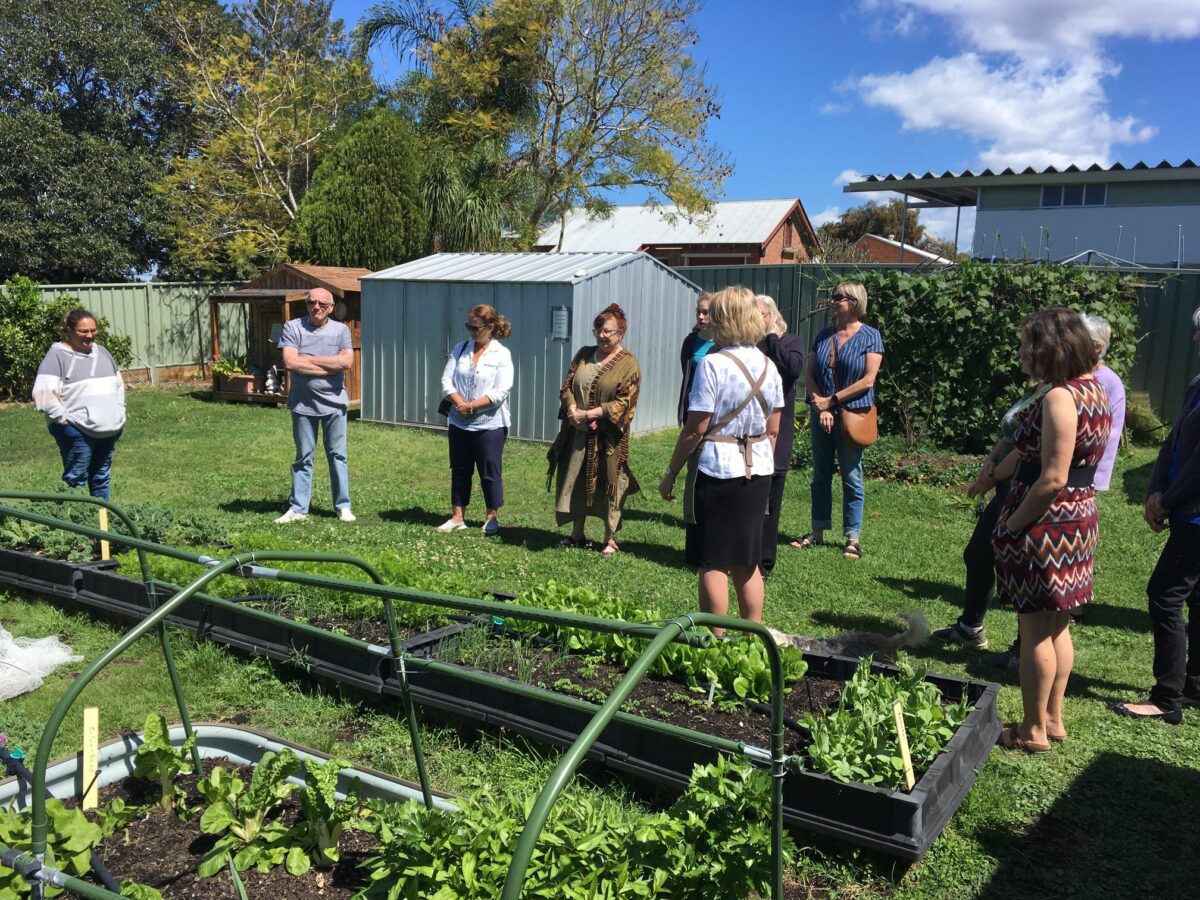 In the year 2000, a steering committee for the establishment of a community garden in the Taree district began. The group included Sophia Donovan, Matthew Downie, Standish Clemons, Kerry Bowden, and Naomie Leago. Many sites were investigated including two sites at the Taree Show Grounds, a site at the back of Taree Primary School, and a site at Andrews Reserve at the end of Edinburgh Drive.  All of these sites proved to be unsuitable in some way and so the search continued.

In 2006, Manning Valley Neighbourhood Centre in Wingham was approached by the committee to consider the possibility of using the back yard of the Neighbourhood Centre (the Old Courthouse) in Wingham as a community garden.  This site already had a small vegetable garden, superb soil, an outside toilet block, storage shed, access to water, and relative security against the possibility of vandalism with the police station right next door! Caron (Manager) was able to successfully negotiate with the landlord – Greater Taree City Council (GTCC) for use of the site for the community garden.  A grant for $3,000 was also acquired to purchase tools and other essential equipment for the project.

In early 2006, Kevan Millican joined the group and within a few months, the project was underway, with Council permission to use half of the back yard as the initial phase of the garden. The area was rotary hoed and beds formed in a way to trap rainwater and to allow good light exposure to the north. Most of the initial work to create the garden was carried out by Kevin and Matthew, with willing help from Matthew’s sons Brandon and Brodie.  As word of the garden spread new members began to arrive to help with the ongoing maintenance and enhancement of the garden.

Initially, funds were obtained through the Communities for Children funding to contribute to the design and installation of the garden to engage families and offer a range of ‘spaces’ to encourage multiple user engagement, educational programs, and child safe activities for supervised groups of children in the garden.

By mi- 2007, the garden was thriving and Naomi and a group of art students began decorating the storage shed (see Mural Project) with permaculture inspired murals, converting the fibro shed into a unique work of art. We also installed an outdoor table and chair setting (storytelling table), using the abandoned ‘hills hoist’ clothesline as the frame for an umbrella to provide shade.

A variety of vegetables and fruit trees are being grown in the area allocated. Support for the garden has come from many different sources.  We want the garden to provide a sense of ‘community ownership’ and engagement, and to set an eco-friendly example for the community while demonstrating the advantages of looking after the surrounding environment.

In October 2007, the garden was officially opened with an open day, BBQ, community members, other organisations, GTCC representatives, and media presence.