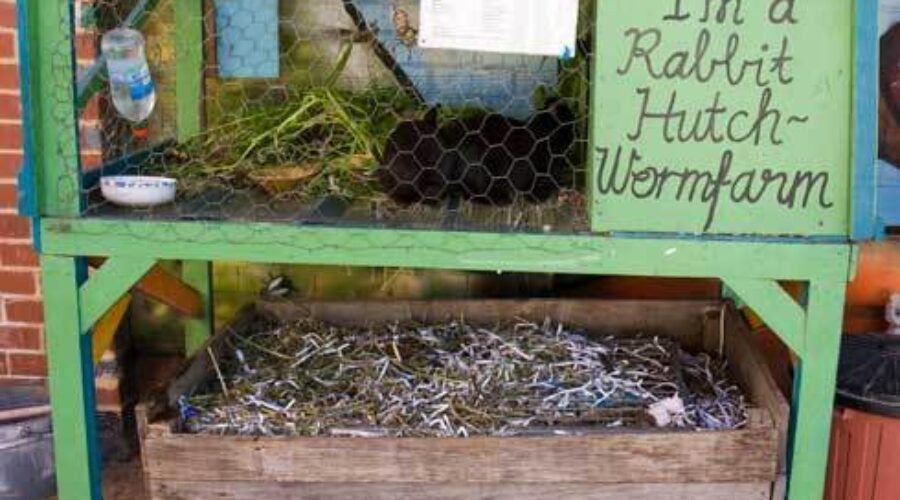 THIS IS NOT A STORY FOR VEGETARIANS… it’s for the omnivores among us who are not likely to mistake a protein source as a cuddly mammal.
The mammal in question is none other than that four-legged plague of Australia’s farms — the humble rabbit. It is a traditional food source in this country. Older Australians might recall the days… way back… when suppliers drove slowly along suburban streets selling the animals ready for the pot.

Rabbits, like chickens and — dare I say it — guinea pigs, are suited to urban food production in small spaces, including community and home gardens. As small urban livestock raised humanely, they have the potential to provide protein to city people and can consume kitchen and garden scraps to do so. When sustainability is considered, the use of small urban livestock like this may have a less environmental impact and release a lesser quantity of greenhouse gases than cattle and sheep.

A visit to Perth City Farm reveals a simple form of housing that combines rabbits and worms. The rabbits, kept in a cage with a wire mesh base covered in straw, are fed from garden and kitchen wastes. As their droppings and other organic matter falls through the mesh, it feeds the worms in the box below. The worms produce worm compost — known as vermicompost — that feeds the gardens.

The City Farm’s installation consists of a simple wood-framed cage raised on legs over a same-size box in which the works live.

DIFFICULTY: Not difficult for community gardeners with imagination and the ability to use simple hand tools. Ability to turn rabbits into food an advantage.
EFFECTIVENESS: Depends on the scale of the system, the needs of those using it, and attention to maintenance. Potentially effective for small scale production such as in the household or, replicated, in community gardens. May have cottage industry potential for sales at fresh food markets although processing rabbit meat may attract the attention of local government health inspectors.
SCALABILITY: Reasonable. Can be scaled up in size and number.
REPLICABILITY: Good potential due to simple design (another example of how simplicity breeds workability and replicability)
MAINTENANCE SCALE:
Materials: Low.
Skills: Low to medium — ability to construct a system and to manage biological (animal) component.